“ONCE A KNICK, ALWAYS A KNICK” The return of Phil Jackson to Madison Square Garden

No, Phil Jackson did not return to coach the Knicks nor will he do so anytime soon… He was just one of many who returned Friday night to commemorate the last championship team that the Knicks have had in four decades. What sort of reception would the most successful coach in NBA history receive from the Garden faithful?

It was almost a year ago, June 2012, that ex-Knick and 11 time NBA Championship coach Phil Jackson, scoffed at the notion of coaching the Knicks, stating, ” They have a clumsy team!” Personally, I feel that Phil was just saying that out of disappointment for the Knicks for not even offering him the post occupied by Mike D’Antoni before Mike Woodson was named the interim and later the head coach. 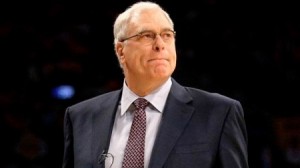 “There’s just too much work that has to be done with that team, they don’t fit together well.” Phil Jackson stating his disinterest in the Knick’s coaching job In June 2012.

If you remember, he also told the press that he didn’t want to travel because he wanted to spend as much time as possible on his Montana estate and New York was just too far away for his liking. The press here as well as countless bloggers, chastised the Knicks for not even extending Jackson an invitation to discuss the possibility of taking over the head coaching job.

Knick fans, after all of Jackson’s sound bites had filled the newspapers and the internet showcasing his ‘disinterest’ in the vacancy, turned sour on the Hall of Famer, especially once the season began. D’Antoni was soon shown the exit sign, and then Linsanity took over New York City and the sportsworld at large.

Fast forward to last night’s festivities at Madison Square Garden. Legends night. The commemoration of the 1972-1973 NBA Championship; the last one the Knickerbockers would win over the past 40 years. All the players from that legendary team, save for Dave DeBusschere who passed in May of 2003 at the age of 62, were there as speeches and awards filled the World’s Most Famous Arena.

The former superstars would be announced to the capacity crowd once halftime was underway and I thought to myself, “I wonder what kind of greeting PhilJackson will receive from the throng of Knick supporters on a night the team would be gunning for its 11th consecutive victory?” If I was a gambling man, I would have said it would have been split right down the middle. But to my surprise, and delight, it was overwhelmingly a pro-Jackson reception!

And just then, the analytical part of me couldn’t help but wonder why it was so one sided in Jackson’s favor. And then it hit me… The Knick fans have been treated to an amazing season to this point. After all, their club had been playing winning ‘team’ basketball for most of the year and in particular the previous 10 games-all wins. The playoff picture looked bright at the prospect of facing the 7th seeded Boston Celtics, and all was going well for the much maligned team.

And because of the euphoric state of Knick fans, they were not going to single out anyone from that glorious era and display any negative emotions on a night when the franchise and these stars were being honored. They decided, and quite appropriately, to cut Jackson some slack.

On the other hand, had the Knicks been 26-49 instead of 49-26, you can bet that Jackson’s introduction would have been met with a completely different reaction. They would have let their frustrations out on the coach of a Bulls team that used and abused the Knicks back in the day. The coach with Michael Jordan, Scottie Pippen, Horace Grant, Bill Cartwright, B.J. Armstrong & co. who dominated the sport for a good part of the 90’s, culminating with a record-breaking 72 wins in the ’95-’96 season.

No, instead on this night, April 5, 2013, in front of a sold out Garden with 19,763 in attendence, Phil Jackson and Knicks  fans alike, all resoundingly realized one thing about anyone who has ever played for this storied organization…that “Once a Knick always a Knick!”

“Hey Phil…We don’t want you either!”

So the Zen master and former Knick legend Phil Jackson came out and told the world that he doesn’t want to coach the Knicks because …”they have a clumsy team.” First of all, the last time I checked, no one from the Knicks organization even considered Jackson for the job…

Secondly, if one were to read between the lines, what Phil is saying is  that he would prefer to coach a team that was the favorite to win the NBA Championship. A team with every piece in its place. A team that needs nothing except someone to fill the coaches seat at the game, and who will get all the credit at the end of the season. That’s the team Jackson is looking to coach.

And that’s the one mar on his legacy. He has won eleven championships with at least two superstars on every team. Whether it was Michael and Scottie or Kobe and Shaq. I mean take a minute and ask yourself has Phil Jackson ever coached a team that shocked you by winning the NBA Championship? 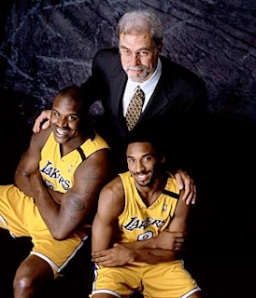 The Furnace wants to know what championship(s) Jackson won that was surprising or unpredictable? Photo: nbanewscorner.blogspot.com

The point of the matter is that Jackson has no intentions of seeking to coach a team that challenges him to make them better. He’s already been there and done that and now into his sixties, he has nothing to prove and is no longer motivated enough to coach again. I think he just enjoys the attention and being temporarily relevant.

When questioned about the Orlando vacancy, Jackson said that the Magic play in a city too far from his Montana home. So clearly what he’s saying is “I really can’t be bothered. Just give me my rocking chair, a bag of popcorn, and my flat screen. I’ve got 11 rings and kind of got upset that the Knicks never even approached me for their coaching job.”

Well, we have some news for you Mr. Jackson…We really don’t want you either! Nor do we need you. We just gave a three year contract to a coach who turned around one franchise, is eager to face the challenges of turning another team into a viable contender, and, get this Phil, ended the past season going 18-6 in his last 24 games. No other coach in the NBA finished their last 24 games with a record like that! Not Popovich, not Rivers, not Spoelstra, nor Brooks. No one.

Personally, I think if Phil Jackson was the Knicks head coach it would only serve as a distraction and add more drama to a team that has no problem creating its own. All eyes, microphones, and attention should not be on the  head coach of a team but on the players themselves and the product they put on the floor every night.

So stay put in Montana Phil. The sooner you shut up, the sooner your legacy will be restored to its pristine original self.