Opening Day for the majority of MLB teams begin this week and the injury bug has already taken many players off the diamond and onto the DL. Here are five key players that are a part of that list: 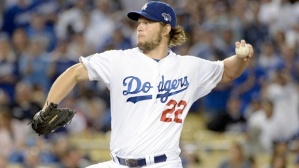 #22-LHP Clayton Kershaw landed on the DL for the first time in his 6-year career. Photo: Richard Mackson-USA TODAY Sports/Reuters

3. Michael Bourn- OF-Indians- 15-Day DL- (Strained left hamstring) It is not anticipated that Bourn will miss significant playing time, but the speedy lead-off hitter will need to be at full strength before returning.

4. Marco Scutaro-2B-Giants- 15-Day-DL-  (Back injury) Scutaro will have an undetermined amount of time on the DL as he has not played all that much during the exhibition season. 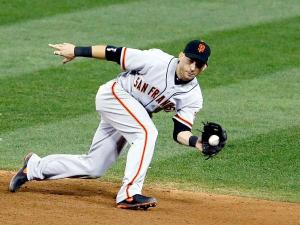 #19 Sure-handed 2B Marco Scutaro will need to get into game shape after missing most of Spring training due to back issues. Photo: AP

5. Carlos Quentin-OF-Padres- 15-Day DL- (Left knee injury) No word on how long the oft-injured power hitter will be out. He already has missed around 80 games in each of the last two seasons.