The death on Wednesday of 20 year NFL veteran and 12 time pro-bowler Linebacker Junior Seau, from a fatal gun shot wound to his chest, was shocking to most of us when the news first broke. But, as NFL refs can be heard saying during most games, “upon further review” it seems that his passing was just another in a series of deaths from the ill-fated 1994 AFC champs, the San Diego Chargers.

Seau, upon his death became the eighth Chargers player from that glorious 1994 season which culminated in their franchises only Super Bowl appearance, and loss, in 1995. None of the players from that team was over 44 years old when they died. Here is the list of all eight:

Junior Seau, LB, 43, on Wednesday, from a gunshot wound to his chest.

Besides the pure tradegy of losing so many young and talented players, one cannot help but wonder why so many have perished from the same team. If you are proned to believe in curses, then the 1994 San Diego Chargers team is the poster child for ill-fated ones!

We do not have all of the facts surrounding Junior Seau’s untimely death, but what we do know is that following a physical confrontation with his girlfriend late in 2010, his last in the NFL, he drove off of a cliff. Some claim that it was a suicide attempt. Seau told the police that he ‘fell asleep behind the wheel’.

What we DO know is that several ex-NFLers have died from repeated head trauma and/or concussions which caused them to suffer from such things as depression and dementia, which in many cases lead to suicide. The exact diagnosis of these players was progressive degenerative disease known as chronic traumatic encephalopathy (CTE).

Chicago Bear safety Dave Duerson who took his own life in 2011 also from a gunshot to his chest, suffered from this disease which was discovered after he died through an autopsy which Duerson himself requested prior to taking his life.

The point is that Commissioner Goodell, who has been a leader in the fight for a ‘safer’  NFL for several years now, may be onto something  although he is not without his share of critics and football ‘purists’. They say he’s ‘changing the game’ too much and that the NFL is strictly a ‘quarterback lead, offensively driven’ sport now that so many restrictions have been levied on team’s defenses.

Maybe I am just in the minority, but I watched all 11 post season games this past season which included the Super Bowl, and I did not feel any less entertained or lost any enjoyment from watching them with Goodell’s new edicts in place. Nor did the television audiences who broke several ratings records during the 2011-2012 season.

We’ll have to wait and see what additional information gets uncovered concerning the death of Junior Seau. If he took his life because of the effects of CTE, and part of reducing the liklihood of other players sustaining this disease comes in the form of banning a Jonathan Vilma or any player from any team in the future, then what’s so wrong with possibly saving another player’s life?

After more “Scrutiny On The Bounty” by Goodell, four players are punished 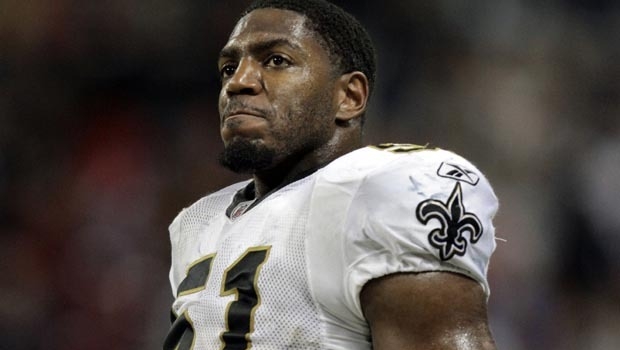 #51 Middle Linebacker has been banned for the entire 2012 season for his part in the Bounty scandal. Photo: AP Photo/Seth Perlman

In our post written when the news of Bounty Gate first was uncovered, I said that Goodell would and should come down hard on all those involded and he exceeded my greatest expectations with his mandates.
Of all the players who had an active role in the scandal, it was clear that Vilma, the most involved of the four, would receive the stiffest punishment. Remember that the NFL discovered that it was Vilma who offered that $10,000 reward for any Saints player who would successfully take out then Cardinals quarterback Kurt Warner as well as Vikings quarterback Brett Favre (in two 2009 playoff games).
It was Vilma, or so the league has ‘claimed’, that funded and helped set up the pay for play system along with DC Gregg Williams. That would explain why the commissioner came down so heavy on him. I strongly disagreed with what Vilma was reported to have done months ago and have not waivered from that stance. This to me has no place in the game of football. And for those who would say that “this is done ALL the time in the NFL, it’s amazing how we have never heard of anyone else doing what Vilma did.
So clearly, the next step is for the players who were singled out by Goodell to run to the shirttails of the NFL Players Association in order to prepare for some sort of fight in order to gain relief from the harsh punishmnets. I’m not sure how successful they will be as my intuition tells me that Commissioner Goodell did not hand down these suspensions/edicts without a ton of evidence first.
This is what the Commissioner had to say earlier on Wednesday: “No bounty program can exist without active player participation,” Goodell said. “The evidence clearly showed that the players being held accountable today willingly and enthusiastically embraced the bounty program. Players put the vast majority of the money into this program and they share responsibility for playing by the rules and protecting each other within those rules.” Pretty much sums up what only can be referred to as a form of ‘organized crime’. 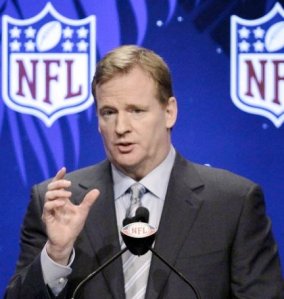 You have to admit he took his time before rendering these decisions and my guess is that it was to conduct interviews and analyze what he’s been told throughout his long investigation. Nothing would draw such negative publicity upon himself and the league if it was dicovered that these four players were innocent of what they’re accused of doing.
DC Gregg Williams who has been suspended indefinitley has stated publicly that he has no intention of appealing. If that doesn’t suggest a strong sign of guilt then I don’t know what does. I know if I believe that I’m innocent of crimes against me, I’m appealing within every ounce of my being.
With the four players being called out today by Goodell, it has put to rest the ‘punishment’ phase of the worst scandal to hit the NFL in it’s existence. In an effort  to prevent any future such practices from reoccuring, a memo was sent to all 32 franchises Wednesday reemphasizing that any program involving non-contract bonuses violates league rules like higher-paid veterans contributing to a fund rewarding special-teams players for key tackles and forced turnovers.
Lastly, as I suggested months ago, I expect to hear about civil suits being initiated by many of those who directly and indirectly were affected by the this scandal of ‘Pay for Play’, ‘Cart-Offs’, and ‘Knock-Outs’; words that should never be associated with football or any sport for that matter. Those cases and subsequent litigation will continue for years to come , and although Bounty Gate is over, it will be a long time before it’s fotgotten…

Some Final Thoughts On ‘Bountygate’

Now that a few weeks have gone by since NFL Commisioner Roger Goodell has levied punishments against the New Orleans Saints, including the coaches and G.M. who new about and or took part in the ‘Cash for Injury’ scheme, the only judgements that need to still be handed down by the NFL are the fines/suspensions of the players directly involved, such as Jonathan Vilma.

NFL Commissioner Roger Goodell is still reviewing the evidence regarding players on the Saints, like Jonathan Vilma, who were directly involved in the outlay of money in the Bountygate scandal. Photo: matthew Sharpe/Getty Images

And as we have suggested when the whole ‘Bountygate’ issue was first exposed, there will undoubtedly be many civil suits that will flood the courts filed by those who feel they are the victims of  this scandal. Some people think that is the reason that Goodell came down so hard…

We had chosen to hold off on our take on the events surrounding this whole ‘Bountygate’ situation until all the fallout from the comments , blogs , and talk shows have all been discussed and rehashed adnauseum . To all those who think that Goodell was ‘too tough’ on the Saints and that ‘this is the way football is supposed‘ to be played, we have this to say:

It doesn’t matter why Goodell came down on the Saints the way he did. We applaud him for it. This kind of ‘Pay for Play’ practice, whether it has been going on for one year or 40, has a negative affect on the intergrity of the game and it’s illegal! If left to fester unscathed, why couldn’t this practice transcend itself into other sports?

A flagrant 2 hard foul -like the one Jason Smith levied on Blake Griffin a week ago yesterday- could have taken Griffin out for the season or worse. Or the flagrant foul by Dwight Howard on Paul Pierce in the Eastern Conf. Finals in 2010.

ORLANDO, FL - MAY 18: Dwight Howard #12 of the Orlando Magic comitts a flagrant foul against Paul Pierce #34 of the Boston Celtics in Game Two of the Eastern Conference Finals during the 2010 NBA Playoffs. Photo: John Raoux/Getty Images

A base runner taking out a second baseman or a catcher in baseball could have ‘ulterior motives’ that can cause season ending injuries. A pitcher could have a bounty on a batter and get extra $$ for plunking him hard enough so that he is forced to leave the game. Maybe he gets more money if the player ends up on the DL… Same goes for Hockey, Soccer, and a whole host of sports.

This scheme that has been fostering within the Saints organization, as well as among other football teams, has been a cancer that needed to be removed. Roger Goodell has begun to remove this desease from the most popular sport on the planet. Unlike Bud Selig or David Stern, Roger Goodell has been one of the most effective, well-respected, and popular of all sports commissioners. The Saints were asked several times in the past couple of years to stop what they were doing. They chose not not listen.  All Goodell did was to draw a line in the sand and say, “Enough”!  And for that he is to be commended…