BILLS +1 over Dolphins- The Dolphins are coming off of their stunning upset of the Pariots at home last week while the Bills collected their first win of the season at Soldier Field. So while both teams will be looking to remain undefeated at 2-0, we’re giving the edge to the home town team in Orchard Park and think that RB Fred Jackson will have a big day..

Patriots -3 over VIKINGS- Two stats on the Patriots are very telling; they have won their last 11 road games as the favorite and are 32-4 straight up after a loss since 2003. We simply cannot see them dropping to 0-2. The Vikes, winners in Week #1, beat the lowly Rams but now go up in class. 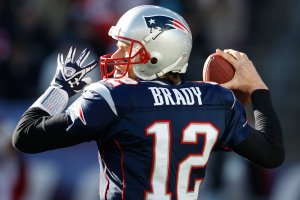 #12 Tom Brady & the Pats, after winning their last 11 road games straight up, will garner their 1st win in Week #2, says the Furnace. Photo: Charles Krupa

BUCS -5 1/2 over Rams- The disappointing Bucs, one of the few teams we think will be one of the most improved this season, and one of our selections in Week #1, have their home opener against a Rams team that was overwhelmed 34-6 in their home opener. The Bucs, clearly a more talented group, should have a similar day going up against Austin Davis, the Rams likely starting QB.

CHARGERS +6 over Seahawks- San Diego, our second home ‘dog, will be facing the NFL’s best pass defense as well as the best overall defense. So why are we touting the Bolts? Since 2001, only 10% of the teams who began the season 0-2 made it to the postseason. How’s that for incentive for S.D.? It won’t be an easy task for Philip Rivers and company, but if he can keep the turnovers to a minimum, and the Chargers can sustain some sort of a ground attack, then it should be interesting.

49ERS -7 over Bears- As this week’s picks went to post, WR’s Brandon Marshall (ankle) and Alshon Jeffrey (hamstring) did not practice & were questionable for Sunday night’s game. Given that the 49ers secondary is all banged up, they didn’t seem too upset when they learned that the bulk of Chicago’s receiving corps could be on the sidelines this week. S.F.’s pass rush should bother Jay Cutler enough for him to throw a pick or two & Frisco should win their home opener handily. 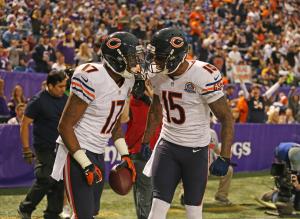 PHOTO OF THE WEEK

The overall consenus, and ours as well, is that free agent Peyton Manning will end up in Miami with the Dolphins. He has a condo there, the Dolphins have Brandon Marshall, Anthony Fasano,  Reggie Bush and a decent defense, year round warm weather, and the ca$h. He also gets to stay in the AFC as he’s requested, and won’t have to face little brother during the regular season. We think he’s a better fit in San Francisco but doubt that he’ll  ever end up there… 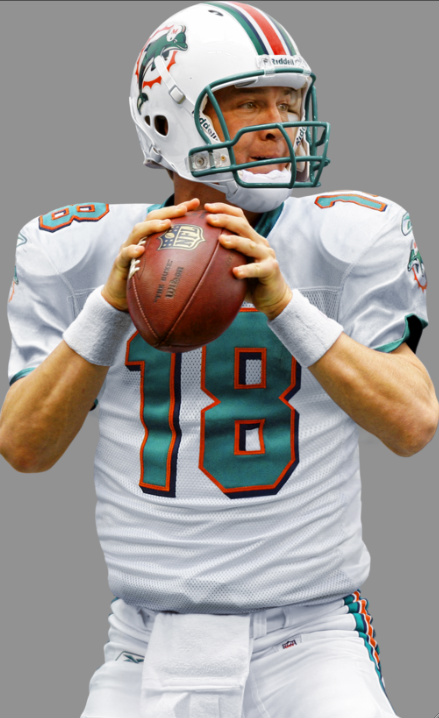 This is how Peyton would look as a Miami Dolphin. I don't know about you but something smells 'fishy' to me...