This week we have an abbreviated showcase of our waiver wire pickups. The percentages owned in most leagues are as of Tuesday evening and will change by this time tomorrow. In addition to the five players listed below, also mentions include Zach Miller- TE-Seahawks (we already gave you Charles Clay last week!) and Denarius Moore WR- Raiders (in deeper leagues). Good luck!

#17 Donnie Avery should have a decent fantasy day vs the porous scondary of the N.Y. Giants. Photo: Todd Weddle St. Joseph News-Press 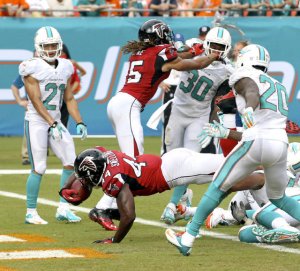 #44 RB Jason Snelling filling in for Steven Jackson (out another 1-3 weeks) goes in for a score vs the Dolphins last Sunday. Photo: CHARLES TRAINOR JR / STAFF PHOTO

#39 RB Danny Woodhead can be a serviceable add for those in PPR leagues as he had a team-high seven receptions for 55 yards and five rushes for 31 yards. Photo: Fredrick Breedon/Getty Images

#17 QB Ryan Tannehill could fill in nicely for Cam Newton and Aaron Rodgers on byes this weekend. Charles Clay and Brian Hartline bring him the necessary ammo he needs to keep the Fish undefeated. Photo: USPRESSWIRE 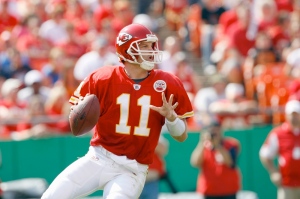