This is an important week in Fantasy Football. Several teams in your leagues have already clinched playoff spots making a win this week vital for the teams who are on the bubble. In some Yahoo! leagues this is the last week of the regular season! Here are some pickups for your consideration heading into ‘lucky’ week #13…

Mohamed Sanu-WR-Bengals-This former Rutgers star has fast becoming a favorite goal line receiver and #2 option for QB Andy Dalton opposite A.J. Green. Last week he was targeted nine times but only netted 29 receiving yards to go along with two touchdowns. He now has four touchdowns in the past three weeks making him a viable option in most leagues. He’ll face the S.D. Chargers this week who give up the 13th most fantasy points to WR’s. Sanu is available in over 90% of leagues. 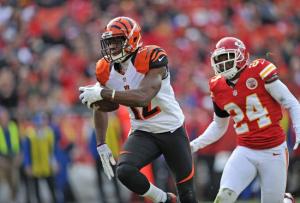 Dallas Cowboys-Def/SP Teams- Although the ‘Boys have a less than ‘average’ defense, we like the matchup they’ll have this week going up against their divisional rival Philadelphia Eagles. The woeful ‘Birds have lost seven straight and are in a free-fall. The last time these two teams met back in week #10, the Cowboys amassed a total of 22 fantasy points. With Nick Foles and a very porous Eagles offensive line, this willl be the opportune time to pick up Dallas if your team defense/sp. team is suspect this week. Dallas is owned in 40% of leagues.

Justin Blackmon-WR-Jaguars- If you’re in need of a WR2 this week, then have we got a pickup for you! Coming off the Titan’s game last week, Blackmon rustled in a nice 12 fantasy points in standard non PPR leagues by virtue of his 62 receiving yards on five passes and a touchdown. This week he’ll face the team that has given up more fantasy points to wide receivers than any other in the league; the Bufallo Bills. Jags QB Chad Henne has formed a nice chemistry between him and Blackmon and we think he’s a must add in most formats. He’s only available in 40% of leagues so those of you in leagues of 10 teams or less  still have a shot of picking him up.

Jacquizz Rodgers-RB-Falcons-If you have been on the fence about whether or not to pick up Michael Turner’s back-up, then this week you should take the plunge. He’s coming off a week where he scored his first rushing touchdown against one of the more formidable teams against the rush in Tampa Bay. He ran for 49 yards on 1o carries and picked up another 30 yards on two receptions. Turner has not been burning up the turf this season and you can expect Rodgers to garner 15 or so carries this week against the N.O. Saints who have given up the league’s 2nd most fantasy points to running backs. Rodgers is currently available in just over 50% of leagues. 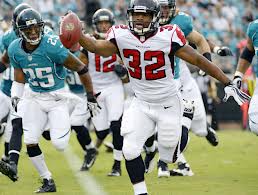 Garett Graham-TE-Texans- Tied for the most touchdowns (3) over the past four weeks, one behind Jimmy Graham (no relation), this Graham makes for a serviceable tight end in 12+ leagues and deeper leagues as he will face a Titans team that has given up the fourth most fantasy points to tight ends this season. He can fill in nicely if you’ve lost Gronk or if you have Brandon Myers on your team. (Myers goes up against one of the stingiest teams vs TE’s in the league in Cleveland this week). Graham is available in almost every league. We predict he’ll put up 40 yards and a score this week.