In what was one of the more epic wrong calls of the pre-season so far, a replacement referee, for some reason known only to himself, said that a ball punted by the Bills “…went into the endzone,” He then proceeded to call a touchback on the play. The ref blew his whistle and threw his beanbag which rendered the play dead while the ball was just inside the 5  yard line. 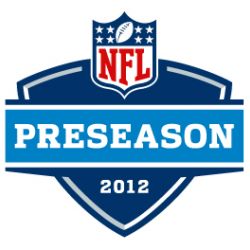 The chorus of boos reigned down on the field after the ridiculous call. Bills coach Chan Gailey threw a challenge flag and after under 60 seconds, Vic Reid, the replay official, reversed the call, ‘upon further review’, and called the ball down on the 4 yard line which was the correct call. Point is the ball never entered the endzone which clearly begs the question can the league function with replacement refs? This and other blown calls after just the first round of pre-season games gives us a renewed appreciation for the job that the refs do.

As of Monday, there was no agreement even close to becoming finalized. Both sides are as far apart as they were before pre-season games were played. The way it stands now,replacement refs will probably be on the field for game one of the regular NFL season. Scary!