WHAT YOU NEED TO KNOW BEFORE YOU DRAFT…

As you get closer to entering your 2012-13 Fantasy Football draft, especially with the regular season just some six weeks away, there are some things that you need to remember, even if you’re a savvy manager with loads of fantasy trophies on the shelf! Here are a few to consider: 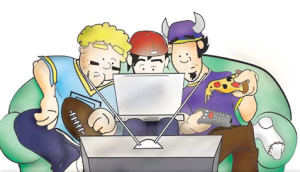 Each league has their own blueprint. Some are very basic and some get a bit more intense. For example, in standard formats, points are awarded for points scored as well as yardage. In other more custom leagues, 6 points are garnered for passing TD’s instead of the more common 4. PPR (points per reception), points for return yardage and for scoring plays which cover more than 40 yards are just a few. Be mindful before selecting your league or you just might be in for a long season..

If you want an edge in any fantasy league you must pay frequent visits to the waiver wire.  From my own experience, I have the greatest success when, at the end of a season, at least 50-60% of my team were acquired from the waiver pool and not the draft room.  Picking up new additions to your league should come more naturally (and often) in Fantasy Football than in most other sports as the injuries come faster and more furious on the gridiron than on a baseball diamond.  If you’re in multiple leagues, check several times a week to see the moves that other mangers have made. You’ll be surprised how many pickups you can acquire that way.

In a future post, we will give you the names of several key backups/handcuffs to seek out if you were lucky enough to grab a top tier RB. Injuries to this position are more prevalent than at most others and if you have the bench space you should consider stashing one or else you run the the risk of losing major production for your team. 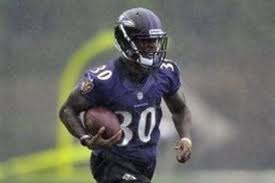 #30 RB Bernard Pierce, who will backup Raven’s stud Ray Rice, is one of the key backups that should be rostered. Photo: yahoosports.com

As a rule of thumb, and depending on your leagues format, no position player is more instrumental in giving you a winning season than a RB…or two. However, since the NFL has become more of a passing league of late, you should place even more value on the quarterbacks that can bring you the most points; AaronRodgers, Tom Brady, Drew Brees, Matthew Stafford, or Cam Newton should all be snatched up in the first few rounds. If you’re not fortunate enough to get one them, you can still pick up serviceable QB’s such as Matt Shaub, Andy Dalton, Matt Ryan, or Jay Cutler who should all be available in rounds 7 and beyond.

As the league becomes more of a passing league, team defenses have become less commonplace and their importance in fantasy football is  not as pronounced as it once was. Don’t waste precious picks on your team defense until your roster is set. You can always pick up a defense who has a favorable matchup if you find yourself with a so-so team on your roster. Think ‘Streaming’  of starting pitchers in fantasy baseball…

Kickers should easily be your last draft selection..period! Like the closers in baseball leagues, you can always pluck out a ‘hot’ kicker off of waivers during the season, or pick one up later in rounds.  Josh Brown, for example, isn’t what you might call a ‘sexy’ name at that position but his career field goal percentage stands at 93% (132 of 142 inside the 40 yard line); more than serviceable for fantasy teams.

#3 N.Y. Jets new Kicker Josh Brown can be had late in drafts. He can make for a solid pickup as he leaves an anemic Rams offense for a more high scoring Jets team. Photo: Chris Lee/Post Dispatch

Lastly, no matter how good you think you are at fantasy sports, a major part of winning your leagues boils down to “luck”. Where you pick in your draft, injuries to some of your key players, and the other managers who are selecting in your draft room with you are all factors that can work for and against you.

Good luck to all this season!!

8 comments on “WHAT YOU NEED TO KNOW BEFORE YOU DRAFT…”