In what ended up to be the lowest scoring state title game at any level of Oregon basketball, Springfield High girls basketball team defeated the Eugene Willamette High girls by an unbelievably low final score of 16-7! 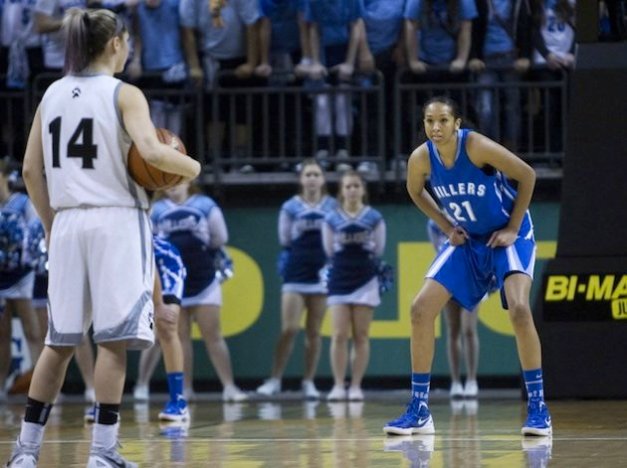 Willamette-girls-basketball-team-stalls-against-Sprinfield-in the lowest final score in a title game ever! Photo:OregonLive.com

Springfield led 4-0 at halftime. Yep, 4-zip.ZZZZZzz How the crowd was able to keep from dozing off is anybody’s guess. “We’ve tried going toe-to-toe with them and that doesn’t work,” Brothers, the Willamette coach said. “Russell is just far superior to probably just about anybody around, so we felt like we had to limit her touches.”