With 25% of the season already behind us, here are the two ‘hottest’ teams in the NBA…BOTH on seven game winning streaks!

HOUSTON ROCKETS– With their win last night against the Minnesota Timberwolves 107-92, the Rockets are now on a seven game winning streak. A lot of the credit for this streak has to do with Kevin Martin’s prolific scoring. The seventh-year guard has scored at least 25 points in five of the victories, and 89 points in the last three games alone. He’s also 11-for-28 on 3-pointers in the last three games. 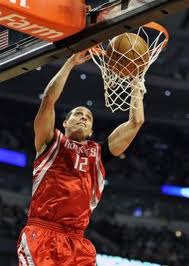 One of the main reasons for the Rockets' streak is #12 Kevin Martin, going up for a dunk. Photo: ambasketball.com

Another huge contributor to the Rocket’s recent sucess is PG Kyle Lowry. Last night he recorded his second career triple-double; 16 points, 10 boards, 10 dimes. In his last four games Lowry, the 1st round pick of the Grizzles in 2006, has averaged 13.3 points, 7.2 rebounds, 7.7 assists, 2.2 steals, and 1.8 threes. 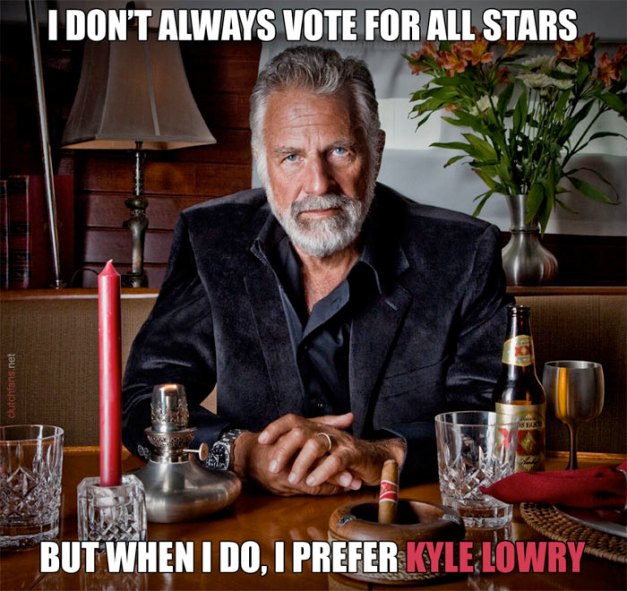 PG Kyle Lowry had a triple-double on Monday night and got a plug. "Stay thirsty my friends!" Photo: bbs.clutchfans.net

The Rockets’ next three games this week, are all at home where they are 7-1 on the season. They’ll play the Bucks, Wizards, and Knicks, so it’s very possible that they will extend their streak even more by the weekend.

MEMPHIS GRIZZLIES– The other team that’s on a seven game winning streak, also in the Western Conference are the Grizzlies. They just squeaked by Golden State last night with a 91-90 win which saw them score 39 fourth quarter points. They’re biggest stud, forward Rudy Gay, has been tearing it up all season but in the last six of seven games, the 1st round pick of the Houston Rockets in 2006 out of UCONN, has scored over 20 points a game. In his last four he’s averaged 20.5 points, 5.2 boards, 2.0 steals, and 1 block. 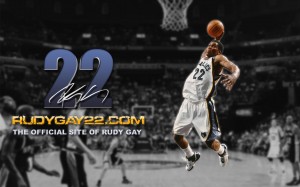 #22 Grizzlies forward and former Husky Rudy Gay has scored over 20 points in six of his last seven games. Photo: sportswallpapershd.com

Marc Gasol has also been instrumental in the Grizzlies’ winning streak, posting 4 game averages of 18.5 points, 10 boards, 4.0 assists, and 2.2 blocks. For season to date he has the second highest ranking among all centers in the league. He put up his tenth double-double of the season last night vs the Warriors.

The Grizzlies will go on the road and face Portland, the Clippers, and Phoenix over their next three games this week. They are currently tied for first place along with San Antonio and Dallas and they boast the best road record in their division.