1. GIANTS over Redskins- The G-Men really haven’t taken advantage of playing at home (3-3) which is probably why coach Tom Coughlin has urged the fans to be the 12th man this Sunday. Two of their three losses coming at the hands of the division rivals Redskins and Eagles. Big Blue will have to put a lot more pressure on Rex Grossman who burned them for 305 yards and 2 TD’s back in week #1. It won’t help that Osi Umenyiura will not play for another week but the Giants need this game more. They’re the pick here in another division nail biter. 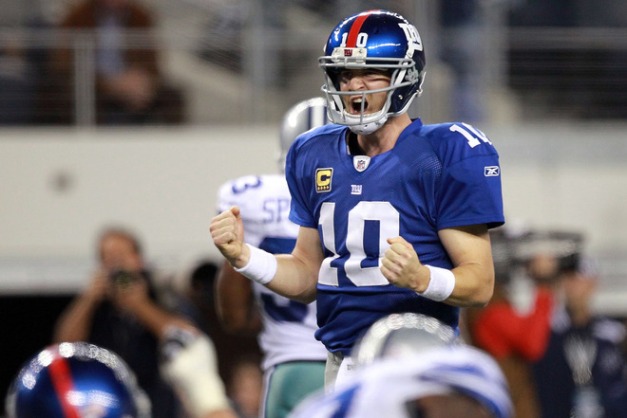 Eli Manning led the NFL in passing yards (400) last week vs the Cowboys. He'll need another explosive effort this week vs the Redskins to improve to 8-6. Photo: Ronald Martinez/Getty Images

2. Cowboys over Buccaneers- The Bucs LT Donald Penn said, …”we’re going to try and play spoiler”(this week vs Dallas). Ehh Donald really? You just gave up 41 points to the Jaguars on Monday, your team has given up an average of 33.5 points over their last six, and you’re on a seven game losing streak. AND you’re playing a team that cannot afford a loss. Felix Jones should have a good day as Maurice Jones-Drew just ran for 85 yards and 2 scores vs the Jags on MNF. Romo should pass for at least 300 yards and if he and the Cowboys don’t find a way to blow this then the they will be 8-6. 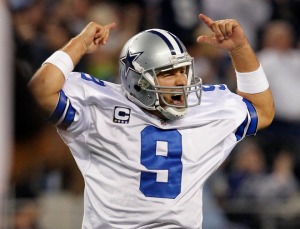 QB Tony Romo along with RB Felix Jones, should both have a good day vs the lowly Bucs. Photo: Tom Pennington/Getty Images

3. Bengals over RAMS- True the Bengals have lost their last two games; a heartbreaker last week vs the Texans 20-19, and a loss vs the Steelers on the road. However, these are the leagues #1 & #2 ranked defenses, and this week they’ll be facing the 2-11 Sam Bradford-less St. Louis Rams, who are ranked 25 in defense. Other than RB Steven Jackson, the Rams do not have any other real offense threat, which is why they have only averaged around 17 points a game in their 11 losses. Bengals by a few! 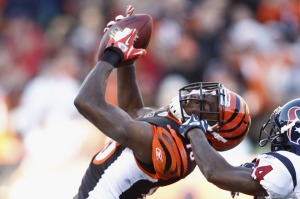 #18 WR A.J. Green and QB Andy Dalton should be teaming up often this Sunday vs The Rams bringing their record to 8-6 and still alive in the playoff race. Photo: John Grieshop/Getty Images

4. CARDINALS over Browns-Who would have thought when the season began that we would be telling you that the two starting QB’s in this contest would be John Skelton and Seneca Wallace!?!? As bizarre as that sounds the edge has to go to Skelton. Anytime you have a WR, the caliber of Larry Fitzgerald, they tend to make even the most pedestrian of quarterbacks looks good. Last week he passed for 282 yards, 3 TD’s and 2 INT’s. The Cards, gunning for their 7th victory have won their last three in a row and should make it four. If they don’t do well it’ll be because of a letdown following their stellar victory over the S.F. 49ers last week. 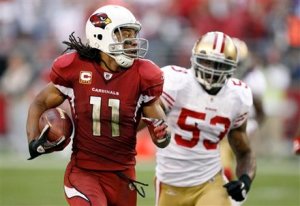 Wr Larry Fitzgerald should have another good week vs the Browns following his 149yard- 1 TD totals in last week's contest vs the 49ers. Photo: Paul Connors/AP

5. Saints over VIKINGS- RB Adrian Peterson is expected back on the gridiron this week against the visiting Saints, but it won’t really matter. How is this for a qurterback’s recipe for success; the Vikes are ranked 26th against the pass. Drew Brees, well, is Drew Brees. He threw the ball almost 50 times last week vs the Titans but shouldn’t have to work that hard this week. Brees is on pace to finish the year with 5376 passing yards. With the win on Sunday, the Saints will get a bye and extend their record to 11-3. 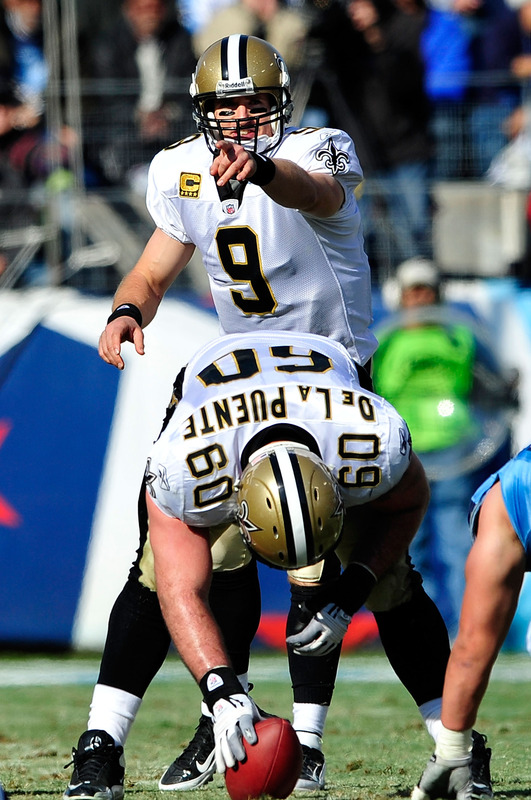 QB Drew Brees will be playing in his favorite type of environment vs the Vikings in Minn...a Dome! Photo: Grant Halverson/Getty Images