Francona: From the dugout to the booth… 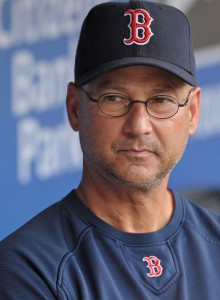 Former Red Sox Manager Terry Francona has joined ESPN and will be working with the crew of Baseball Tonight as well as working as an analyst for Sunday Night Baseball. Essentially he’ll be switching jobs with Bobby Valentine who left ESPN and is the current Red Sox manager. Francona is also a former Arizona All-American outfielder. 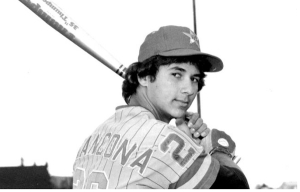 Francona joins a list of former Arizona alumni including NFL analysts Tedy Bruschi and Antonio Pierce as well as college basketball analyst Miles Simon. With Francona’s sharp wit, and forthrightness, coupled with his sense of humor, he’s destined to do well in his new role as analyst.

As of this week, Terry Francona, Nomar Garciaparra, and Curt Shilling are all ESPN analysts. Now if ESPN can just get seven more ex-Red Sox position players, they could actually form a team with Francona as the manager. Our feeling though is that it won’t be long before another MLB team throws a contract Francona’s way. If ‘hot headed’ Ozzie Guillen can get picked up (Marlins), then Francona probably will as well. 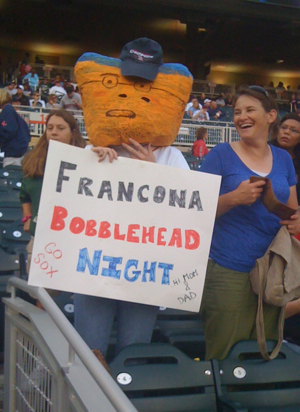 The once very popular Terry Francona having his Bobblehead Night at Fenway, will probably hook up with another team before the end of the season. Photo: bostonglobe.com

2 comments on “Francona: From the dugout to the booth…”