1. RILEY COOPER-WR-Eagles- With the Eagles playing host to the New England Patriots this week, almost any receiver would qualify as a ‘pickup’ given the Pats’ lack of a  viable passing defense. Cooper is coming off an amazing week filling in for injured WR Jeremy Maclin who remains questionable for Sunday’s game. His line 5-75-1 vs the Giants will only improve especially if backup QB Vince Young gets the nod again as he’ll feel more comfortable in his 2nd start. Cooper will be going up against a Patriot’s defense that allows the most fantasy points to wideouts in the league.

2. MATT MOORE-QB-Dolphins- Surely there will be a host of skeptics out there wondering if we’ve lost our minds picking up a Dolphin quarterback, but Moore (and the ‘Fins) have been on a roll. Over the past three weeks, ALL wins, Moore has thrown for six touchdowns and 600 yards. They will face a Dallas team who just played a hard fought overtime game in Washington and are on a short week. Although not in the same class as the Cowboys, Miami has momentum, a hot QB, and a three game winning streak. Remember the ‘Boys managed to give up 24 points to an anemic Redskin’s team…

3. SANTANA MOSS-WR-Redskins- After being out for a month with a severe hand injury, Moss is scheduled to practice on Wednesday. The defensively challenged Redskins can use all the help they can get. If you have room on your roster to stash Moss, do so as he should pay dividends; in particular in week 13 (Patriots) and week 15 (Vikings) Both of  these teams have porous pass defenses. 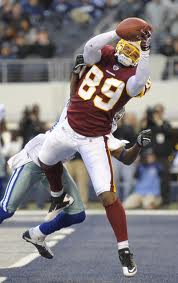 4. KEVIN SMITH-RB-Lions- Without question, Smith will end up being the biggest pickup of the week. Currently owned in just 26% of Yahoo! leagues, that number, we predict, will double by this time tomorrow. Coming out of nowhere to score three touchdowns on 201 total yards against Carolina, Smith more than admirably filled in for usual starter Jahvid Best (who will not play in this Thursday’s game). The Lions will face the Packers on Thanksgiving and they have given up 5.5 yards per carry over the last five weeks so Smith becomes an absolute must add this week. 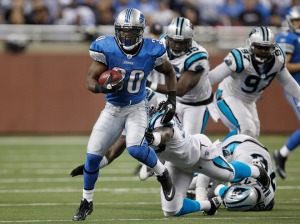 5. SEATTLE SEAHAWKS-Defense- The ‘Hawks will host the free-falling Redskins, losers of their last six in a row, on Sunday. We like them this week because they face in the ‘Skins a team that’s only scored 44 points in the last four weeks; (they averaged 7 points a game before last week’s OT loss to the Cowboys). As their running game is virtually non-existent, QB Rex Grossman will again be forced to air it out and leave himself vulnerable to turnovers and sacks. Speaking of which, the Redskins QB’s have been sacked an average of 3.1 times per game this year which should leave them “Defenseless in Seattle”… 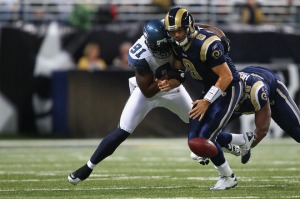