The Good, The Bad, and The Ugly

JETS over BILLS- (The good) We were the most unsure of this pick but the Jets didn’t disappoint with their convincing 27-11 win over the Bills. Lots of ‘firsts’ in this game: Coach Ryan’s 1st win following a bye week, LaDainian Tomlinson’s 1st rushing touchdown of the year, and most importantly, the Jets’ 1st road victory this season. Holding Bill’s RB Fred Jackson to 59 yards and QB Ryan Fitzpatrick t0 191 yards and a QB rating of 52% was key to this victory, as was the Jet ‘D’ which forced 2 fumbles and burned Fitzpatrick for 2 INT’s. They’ll need this same intensity and defensive effort vs the Pats next week and then the Bills again two weeks later… 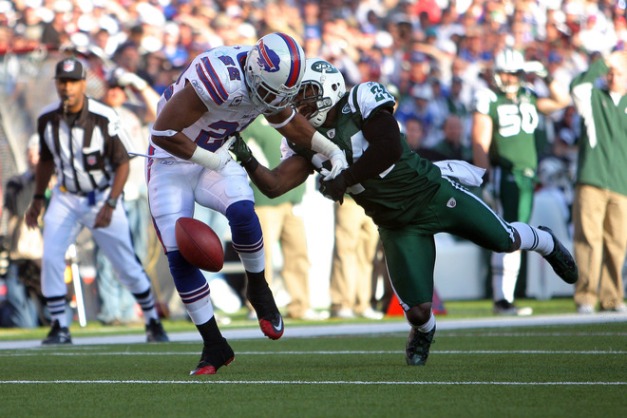 DOLPHINS over CHIEFS- (The Bad) Who are the real Kansas City Chiefs? Are they the team that has won their last four straight coming in to yesterday’s game vs the Doplhins? Or are they the team that got blown away by the Bills and Lions their first two games of the season by a 89-10 margin!! Miami got their first win of the season yesterday in the battle of the “Matts”-(Cassel and Moore). A stingy Dolphin defense disrupted QB Matt Cassel all day preventing him from throwing a TD pass  or gathering any momentum. (He was sacked five times)! Miami QB Matt Moore, on the other hand, passed for three TD’s and 244 yards.. RB Reggie (is Kim K. really available) Bush erupted for his best day of the year totalling 142 all purose yards (92 on the ground and a TD). (We said that the Chiefs might be ‘gassed’ after their stunning win vs S.D. on Haloween) Now we’ll find out over the next five weeks what kind of ‘Chief’ team this is as they take on the Patriots, Steelers, Bears, Jets, and Packers… 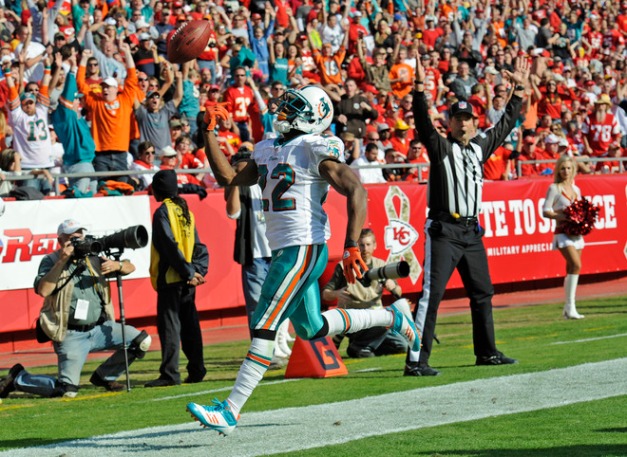 Dolphin RB Reggie Bush scampers into the end zone vs the Chiefs in Miami's 1st win of the season 31-3. Photo: Peter Aiken/Getty Images

RAVENS over STEELERS- (The UGLY)- The Furnace was 8 seconds away from going 4-1 on our five best picks and then Flacco to Smith and it was all over… It was your typical Steelers/Ravens game; hard fought throughout with plenty of defense. In fact one of the reasons that we picked the Steelers was because Linebacker James Harrison was returning from orbital bone surgery (whatever that is) and all he did was lead the team in tackles (8) and sacks (3) and he even forced a fumble… But much maligned QB Joe Flacco deserves credit for pulling out the win with a well orchestrated final drive culminating with a beautiful pass to WR Torrey Smith. With this win the Ravens sweep their series with the Steelers while the Steelers get to travel to Cincinnati on Sunday to play the first place Bengals. 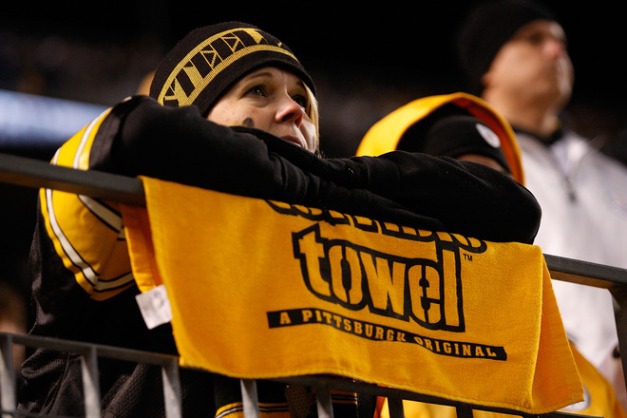 Resting on the towel she had waved earlier, all this fan can do is just stare in shock as her Steelers are beaten 23-20 with just 8 seconds remaining in the game. Photo: Jared Wickerham/Getty Images