World Series Champs! It Was All In The CARDS…

Texas goes down in defeat…AGAIN! 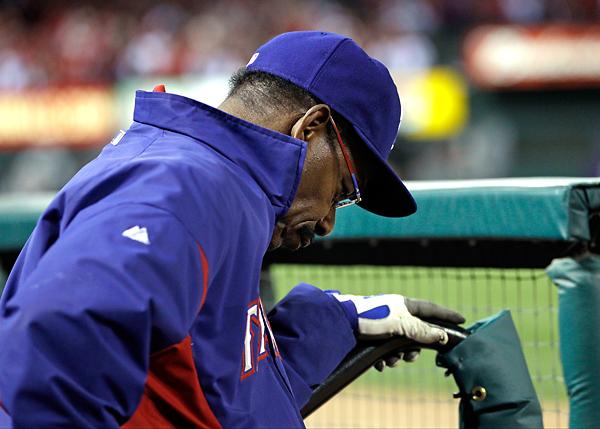 “The thrill of victory-the agony of defeat.” That was the mantra spoken by the late Jim Mckay before the ABC sports show Wide World Of Sports aired over 40 years ago. Last night the Rangers felt the ‘agony of defeat’ for the second consecutive time, losing the 107th World Series last night and the 106th last year. That hasn’t been done since Atlanta did it twenty years ago. Unfortunately, they will have to- ‘Wait till next year!’

Just after the final out in Game 7 before the Cards' celebrations had begun. Photo: Matt Slocum/Associated Press

In second place with the most World Series victories (11), only the N.Y. Yankees (27) have more, the Cards begin to explode in celebrations as the team that was given ‘no chance’ over the last few weeks of the regular season (they were 3 games out with 5 to play), became the ‘Cardiac’ Cardinals by taking the Texas Rangers the full seven games and winding up victorious. It was one of the most exciting Series ever played. Hats off to the team, the city of St. Louis, and the fans that were loud & supportive the entire game and series!