Will the Giants ‘sleep with the (Miami) fishes’? 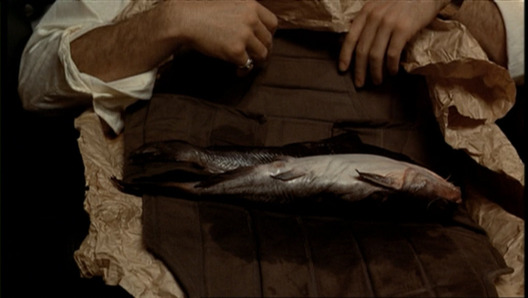 The Giants can't afford to find themselves 'sleeping with the fishes' after this weeks game.. photo:mimg.ugo.com

The N.Y. Giants will be hosting the winless and leading ‘suck for luck’ candidate Miami Dolphins (0-6), this Sunday- a game they’re ‘supposed to win’. But we’ve been down this road far too many times before. Giant fans are still reeling from the humiliating 36-25 loss three weeks ago to the lowly Seahawks at Met Life Stadium. Like this week, they were the prohibitive favorite in that game, but let a bunch of nobodies beat them. Nobodies like Brandon Browner who returned one of three interceptions thrown by Eli Manning for 94 yards and a touchdown with 2:37 to play in the 4th quarter. Anthony Hargrove, whose safety took the lead 16-14 in the 3rd qtr. Then there was Kicker Steven Hauschka (how many have this dude in their league), who connected on two field goals for 43 and 51 yards. And the topper was that they let a backup QB, Charlie Whitehurst, beat them along with rookie Doug Baldwin who posted a line of 8-136-1 in only his fourth NFL game! 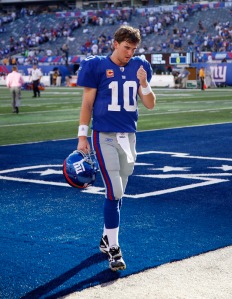 A dejected Eli Manning heads for the lockers following his humiliating defeat at the hands of the Seattle Seahawks. Photo: Getty Images

Last year they played the Tennessee Titans, (who finished the season 6-9), at home in week three. Another game they were ‘supposed’ to win. They lost by 19! Let’s go back to 2009 and week 16 vs the Carolina Panthers-another 6-9 ‘powerhouse’ and another team they were ‘supposed’ to beat. They lost 41-9! So if we sound cynical, there is history to explain why. And for the G-Men’s sake, history better not repeat itself on Sunday because it won’t get any easier for them after the Dolphins return to South Beach. Next up for the Giants, in order, are N.E., S.F., Phil., N.O., and G.B. Collectively these five teams are 24-9!

There will not be any excuses for the Giants either as this week they are back to full-strength. Returning are DE’s Justin Tuck and Osi Umenyiora, RB Brandon Jacobs and LB Michael Boley. This past Monday, Giant safety Antrel Rolle said, “We are preparing ourselves as if they (the Dolphins) were the best team in the NFL.” He had better be right or else Big Blue WILL be ‘sleeping with the fishes’…