the first 2 weeks of the season. They lost to the Bengals by 10 and then beat a Peytonless Colts squad. The Dolphins, for no apparent reason, is one of the best road teams in the NFL. They just can’t win at home where they have lost their last 11 of 12! Go with the Dolphins.. 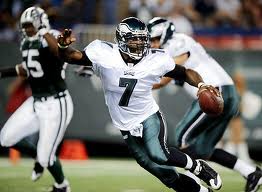 New York Giants vs PHILADELPHIA EAGLES- As if losing most of their linebackers earlier in the season weren’t enough, WR Domenik Hixson is out for the year with a torn ACL. WR Mario Manningham is suffering from a concussion which has left their receiving corps so decimated that the Giants went out and picked up Michael Clayton, former 1st rounder for Tampa Bay. He’s not enough to answer to Vick, Maclin, Jackson, and McCoy… And the Eagles have won their last six games vs the Giants. It will get ugly early….

Houston Texans vs NEW ORLEANS SAINTS- We keep hearing all week how amazing the Texans defense is and although it does look good on paper, remember that all they have done in week’s 1 & 2 is beat the ‘doormat’ Colts and Miami IN Miami like everybody else does. Not impressive enough yet. Now they go up against arguably one of the best offenses in the league. Saints will ‘Get-‘Er-Done’!!

ST. LOUIS RAMS vs Baltimore Ravens- Although the 0-2 Rams at times, put up a fight vs the Giants in last Monday Night’s ‘Fakegate’, unfortunately they’re catching the Ravens with their tails between their legs after being embarrassed at Tennessee 26-13. Baltimore’s signature defense blew out the Steelers 35-7 in their season opener. Our pick is the Ravens.

New York Jets vs OAKLAND RAIDERS- In what appears to be a close game, we’re 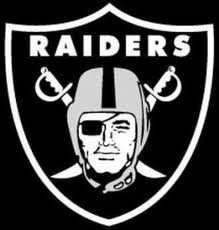 going with the Raiders here who are playing in their home opener after what should have been a 2-0 start. They got upended late by an offensively charged Bills team in a heartbreaker, 38-35. The Jets, who usually make the running game a staple of their offense, cannot seem to do just that. They are near the bottom of the league in rushing yards at 146 after their first 2 games. They are 2-0 but beat an imploded Tony Romo and then the offensively challenged Jaguars, who have scored just 17 points in their first 2 games. Jets travel to the West coast, (never an easy task) and undoubtedly will have the Ravens and the Patriots (their week 4 & 5 opponents respectively) on their minds.