Most of you are either in your first or second rounds of the playoffs. You’ve made it this far so why not check out these 10 waiver picks still available in most leagues. Here are our five position players: (Pitchers coming up tomorrow)

David Murphy-OF-Rangers: Murph is tearing the cover off of the ball of late. Since 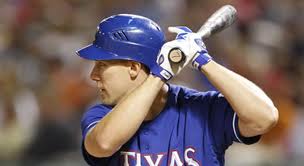 Jemile Weeks-2B-Athletics: This 24 year old rookie speedster out of Miami, can help you with your stolen bases, especially those of you, for example, who have Jose Reyes and can’t cut him. Weeks, since August 25th, has 7 SB’s and has scored 12 times. Batting just under .300, at .295, he’s only owned in 31% of Yahoo! leagues.

Dexter Fowler-OF-Rockies: Although he had 27 SB’s back in 2009, since August 24th, Fowler is batting .327 and has belted 4 HR’s to go along with 12 runs scored and 2 SB’s. Owned in 29% of Yahoo! leagues, he just might be a good fill in on those Mondays and Thursdays when you’re looking to fill up your rosters.

Scott Sizemore-2B/3B-Athletics: Our second of three Oakland players who have been red hot of late. Now that he’s getting a chance to play everyday, mainly at 3B, this muli-positional infielder has a line of 9/4/10 since August 24th and is owned in 3% of Yahoo! leagues. Although he’s batting a pedestrian .248 for the year, (only 246 AB’s), he’s hitting .277 in the last 2 weeks.

Cliff Pennington-SS-Athletics: Our third Athletic, owned in 24% of Yahoo! leagues, Pennington is tied with Robinson Cano for the most RBI’s, 17, since August 25th. He also 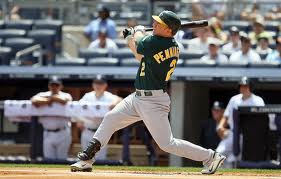 has a couple of HR’s and 4 SB’s during that span. Batting .333 over these last 2 weeks, he’s sure to help some of you down the playoff stretch. We don’t know why is is still available in so many leagues, but someone should pick him up ASAP!